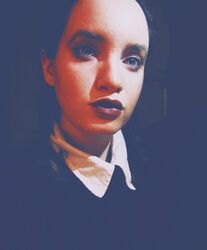 Tessa Maurer was born in Los Angeles, CA. Her upbringing wasn’t typical. Her great grandfather was Moe Howard of Three Stooges fame, and all the men on her father’s side were writers—mostly of cartoons, and her grandfather, Norman Maurer, wrote and illustrated comics while also working in film. Needless to say, fiction was a tangible thing in her life, and it wasn’t lost on her how strange it was to have pencils and hats and other memorabilia with her family’s likeness on them.

But even so, close success was hit or miss, and growing up with freelance income was rough. Luckily, art was, quite literally, in her blood, and so being discouraged never took for long.

Even more unconventionally, she hated reading until she was 12. Once she discovered it, though, it took only a year for her to realize she could make her own books, and so she did. She hasn’t stopped since. She spent most of her teenage years missing school to write and draw, and eventually never finished at all. But what she learned reading and writing and making art proved to be the most valuable learning of all.

Some million words later, hundreds of poems, many short stories, and several books to her name by the age of twenty, she released her debut novelette, The Toxic Children, on Amazon because…well, why not?

Currently, books are being written and edited and, most terrifying of all, being read. So, stay tuned.

Her other artworks can be found at TessaMaurer.com.
© 2015-2021 by Tessa Maurer.  All rights reserved.
Powered by